Tidelift ✨ is a community of amazing open source champions

I had just wrapped up some internal research on OSS supply chain compromises last Friday when I saw Pypi's announcement about requiring 2FA on critical Pypi projects.

It seemed like great news for the OSS community — free hardware keys too! 🥹 — especially since NPM and Rubygems have been working towards similar aspirations.

But then some fallout occurred, and we saw a maintainer react to the news by de-critical'ing their project by deleting older versions. Luckily the versions were restored in the end.

It was a bit disheartening to see a maintainer react so negatively to 2FA. There's no way for the public to know how secure a maintainer's password is, so 2FA is a better level of protection as well as a nice assurance for downstream users.

Based on the open data that I've aggregated (shout out to the researchers uncovering these attacks!) it seems that the issue of repository security needs to be more public. 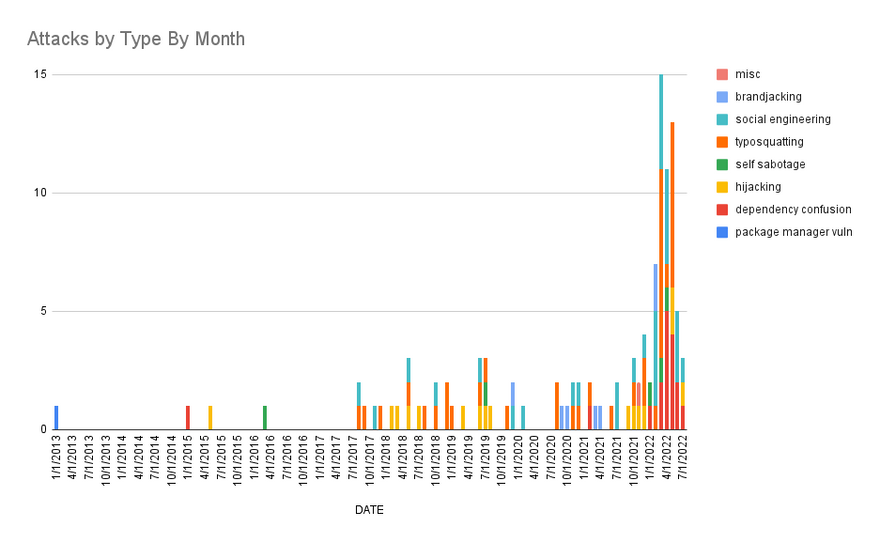 The majority of repos that I found compromise data for were NPM and Pypi, with a bit of Rubygems: 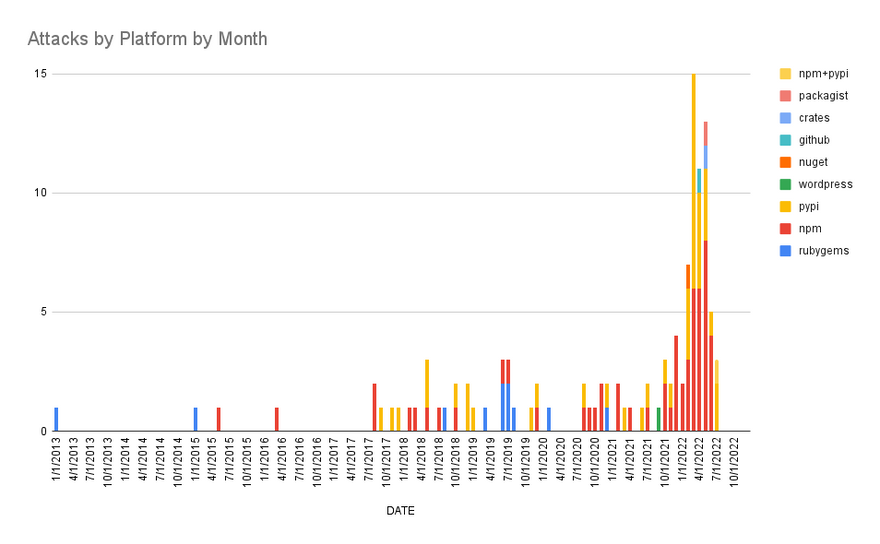 One has to consider some major caveats here:

It's clear that supply chain attacks have intensified (and package hijackings haven't gone away), but thanks to the work in the past four-ish years to repository contributors, we've seen:

Please shout out any other big repo security milestones I've missed here in the comments, or if you have thoughts/feelings on these measures.

Also... thanks to Lifters for generally taking this stuff seriously too. 🥲

For further actions, you may consider blocking this person and/or reporting abuse

GitHub Paying $500K to Maintainers of Open Source they Depend on

What's something new you learned this week?

Once suspended, tiegz will not be able to comment or publish posts until their suspension is removed.

Once unsuspended, tiegz will be able to comment and publish posts again.

Once unpublished, all posts by tiegz will become hidden and only accessible to themselves.

If tiegz is not suspended, they can still re-publish their posts from their dashboard.

Once unpublished, this post will become invisible to the public and only accessible to Tieg Zaharia.

They can still re-publish the post if they are not suspended.

Thanks for keeping Tidelift ✨ safe. Here is what you can do to flag tiegz:

Unflagging tiegz will restore default visibility to their posts.